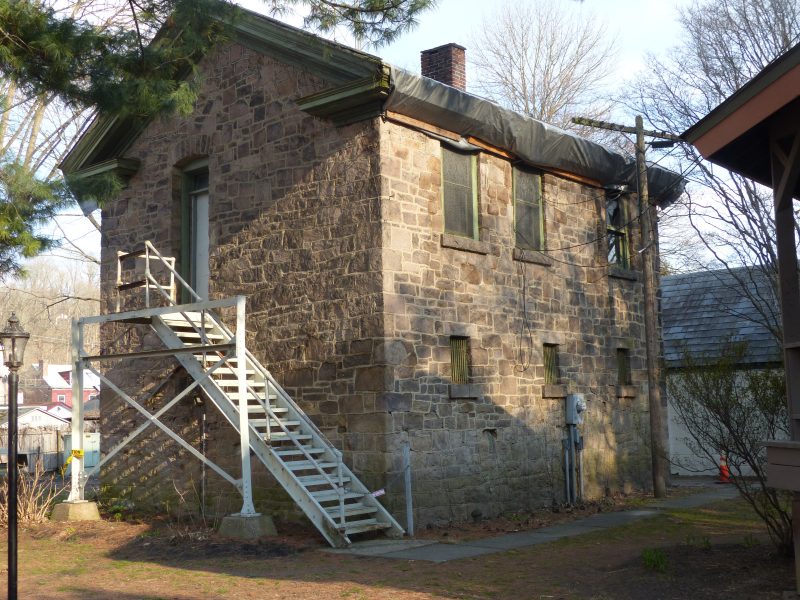 Steps are underway to restore Lambertville’s old stone jail in picturesque Mary E. Sheridan Park, between the gazebo and The Kalmia Club. The Lambertville Historical Society is working with the City of Lambertville on the restoration, and we seek help and ideas from the community to best preserve and utilize the building. If you are interested in assisting our efforts or want to share memories of the jail or the fire department on the second floor, visit this page.

This past spring, members of the Lambertville Historical Society and the Masonic Lodge of Lambertville met with Mayor Dave Del Vecchio and architect Michael Burns to discuss the possibility of restoring the jail, which the City owns. Since the jail was closed in the late 1960’s, the building has been used by Public Works for storage, closed to the public. Significant damage to the roof required tarp covering that has been in place for several years. The interior has suffered.

Mayor Del Vecchio and the City agreed to replace the slate roof and repair or replace the soffit; they added the project to historic renovations of City Hall and the Justice Center. The roof replacement will begin shortly and is expected to conclude in October. Subsequently, the historical society will clean out the contents that are not historic and are easily discarded. We aim to create a plan for the jail’s ongoing restoration and future.

Inspections of the interior demonstrated the uniqueness of the structure and the challenges of restoration. In a metal-walled cell hangs a board with two headers: Do Not Release and Release. The calendar reads May 1971. To access the second floor, you must mount the exterior stairs; there is no internal staircase. The floor is compromised. Upstairs there are two large tanks, one of which may have fed air to the siren that was painfully familiar to many residents for years. On a desk sits a dust-covered device evidently used for transmitting emergency messages.

Old jails hold a certain appeal to residents and tourists. Ours is centrally located in a public park, making it a prime candidate for preservation. Moreover, there are few old jails in the area still standing and accessible. In the 1870’s, Lambertville’s jail housed itinerant workers—so many that residents complained in The Beacon. Much more research is required to appreciate the jail’s and the fire department’s places in our local history. We invite you to contribute to the building’s restoration and use. If you think it worthwhile, visit this page. 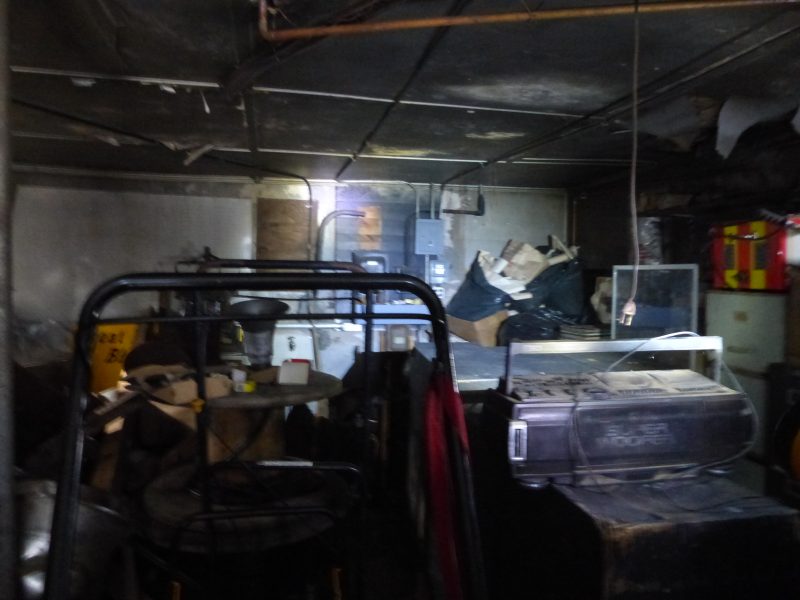 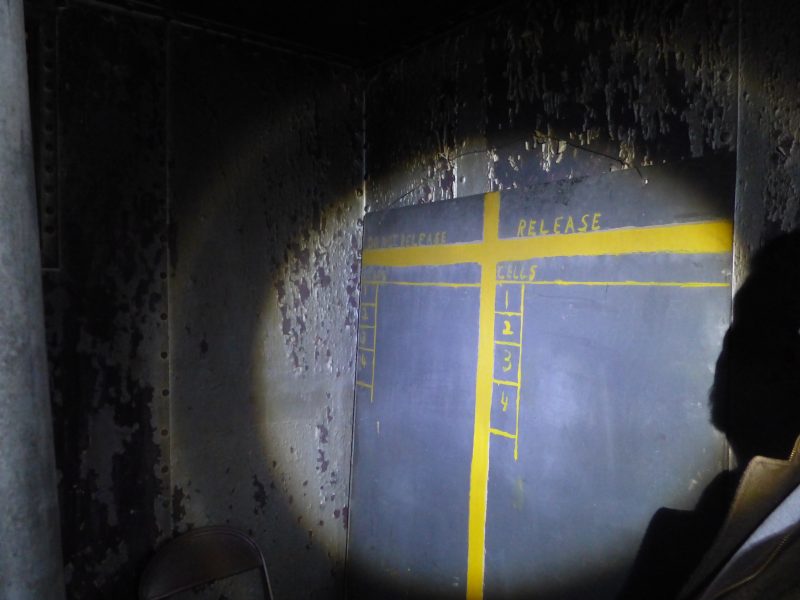 Cell management: Do Not Release / Release 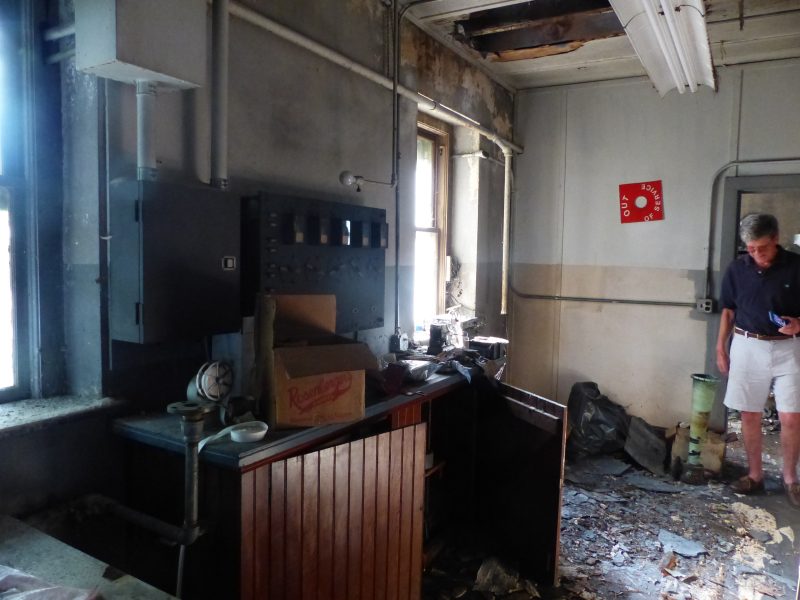 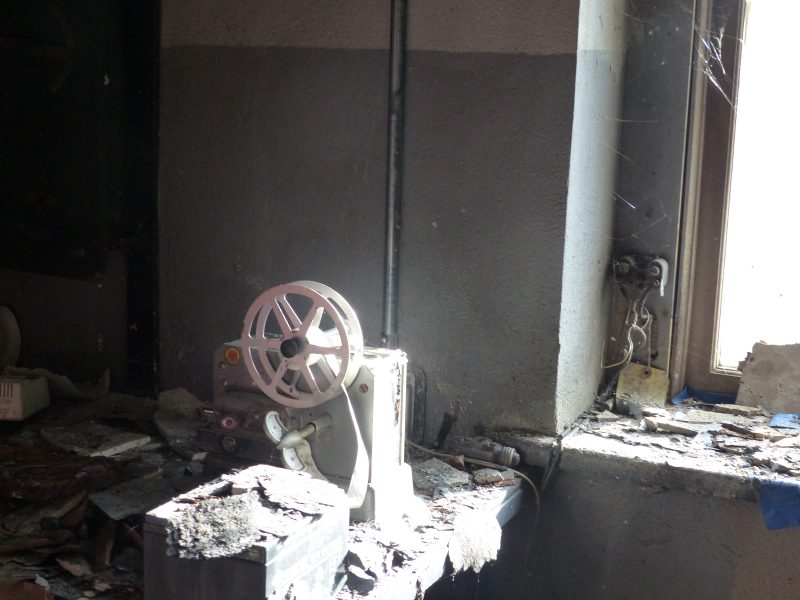